Look who's joining the Big Check Up!

An Tánaiste Leo Varadkar has answered the Marie Keating Foundation’s call and joined the Big Check Up campaign to highlight the warning signs of lung cancer, particularly a persistent cough. An Tánaiste has recorded a video to encourage anyone with a persistent cough to get it checked. Ultimately, the campaign aims to save lives and detect lung cancer as early as possible.

An Tánaiste Leo Varadkar said, “I want us all to do the Big Check Up. It’s about catching lung cancer out. If you have a persistent cough, that’s been going on for more than three weeks, you need to get it checked and call your GP.”

His video call with Neale Richmond T.D., gives a glimpse at a more light-hearted side to their friendship, in keeping with the tone of the campaign which uses humour to communicate a serious message. The call shows the two men discussing the warning signs of lung cancer and whether Neale might actually get to meet Ronan Keating.

We’re encouraging everyone to join The Big Check Up; Check in with loved ones when you are online, know the signs and symptoms of lung cancer and don’t let it hide behind COVID-19 or Flu this winter

Other familiar faces also joined the Big Check Up and created personal videos to encourage anyone concerned about a cough to speak to their GP. Gogglebox twin, and Cavan native, Neal zoomed in on his brother Fergal to encourage anyone over 50 with a persistent cough to get it checked and Broadcaster Mark Cagney received a call from his daughter Mary who shared some advice regarding the sneaky nature of a cough associated with lung cancer, which can hide behind other coughs, including flu and COVID-19.

Lung cancer is Ireland's biggest cancer killer, but only when it's caught too late.

Early detection will improve survival. That’s why we have launched the world’s first cough checker phone-line to help catch lung cancer out, raise awareness of early signs & symptoms and encourage the public to call their GP if they have concerns.

We are encouraging Ireland to understand how they can reduce their risk of lung cancer and to know its early signs & symptoms: 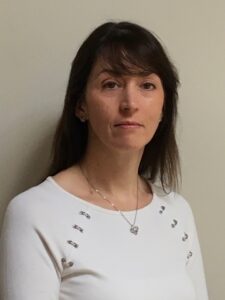 “We want everyone to understand how important it is to speak to a GP if concerned about a constant cough, appetite loss, unexplained weight loss or you find you are easily breathless or really tired, and to have the confidence to get checked. GP referrals to the lung cancer rapid access clinics are down by 9% compared to last year4 which is very worrying. We know people are cocooning or isolating from others at the moment, so they may be unsure about contacting their GP. However, GPs are here to help and no matter what type of cough it is, the earlier it is diagnosed the better the outcome.” Dr Una Kennedy, GP Advisor to the National Cancer Control Programme 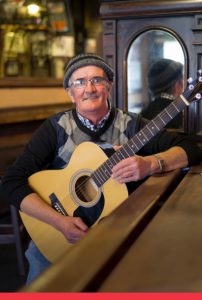 I am a survivor of lung cancer because I went to see my GP when I noticed changes in my body, including a persistent cough that I just couldn’t shake.  After my diagnosis in 2015, I had my right lung removed and I am thankful to say I am doing well today. If I had delayed getting help my story could be very different.  Don’t let lung cancer hide behind any old cough, early detection matters – get it checked by phoning your GP today” Michael Byrne, Lung Cancer Survivor

Making Moments Matter: Irish lung cancer patients and families affected by this cancer share the moments that matter most to them

More than 2,700 Irish people every year receive the devastating news of a lung cancer diagnosis. While lung cancer remains the biggest cancer killer in Ireland, early diagnosis and medical advances can be critical to ensuring patients gain precious extra time.

Lung cancer is currently the biggest cancer killer in Ireland, with rates of lung cancer set to more than double in the next 20 years. The National Cancer Registry in Ireland has predicted that lung cancer rates among women will increase by as much as 136% by 2040[viii]. 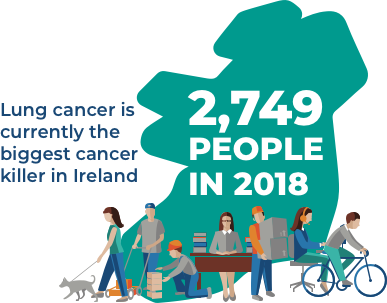 Making Moments Matter is an important campaign, which hopes to highlight just how significant ‘extra time’ is in the lives of patients and survivors of lung cancer when combating the odds and the poor survival rates associated with this disease.

Only 20% of people will be alive five years after a lung cancer diagnosis.

However, there is hope for Irish lung cancer patients. This is highlighted within the stories on display at the Temple Bar Gallery as part of the Making Moments Matter campaign. When patients are given extra time as a direct result of early intervention, diagnosis and treatment, they can collect and enjoy more moments and memories with their families and loved ones. Equally, sharing memories of loved ones lost to lung cancer helps raise awareness of the impact lung cancer can have when only caught at late stage, focussing on the importance of early detection and increasing symptom awareness.

‘Making Moments Matter’ sees patients and families from all over the country tell the stories of significant moments in their lives since being diagnosed with lung cancer or losing a loved one. Working closely together with artist Steven Farrell, each patient crafted their own ‘memento jar’ to help tell their personal story, contributing tokens that illustrate the preciousness of these extra moments, and how much they mattered to them and their loved ones. Read the stories of the participants who created jars for the campaign below. 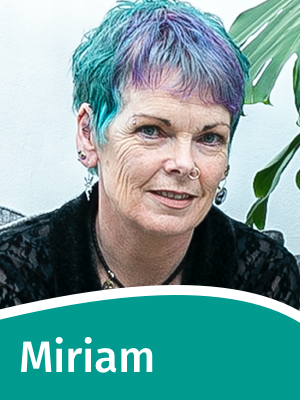 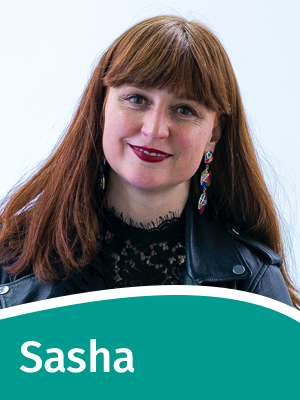 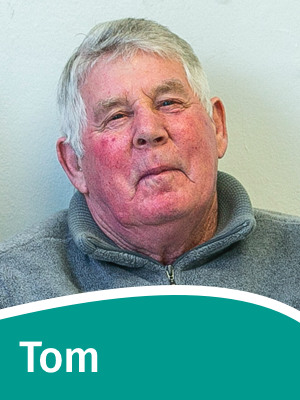 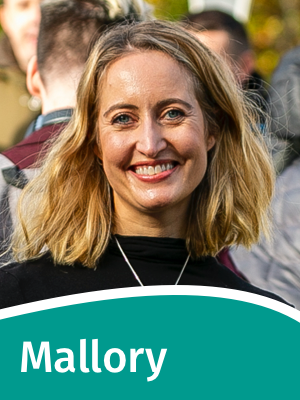 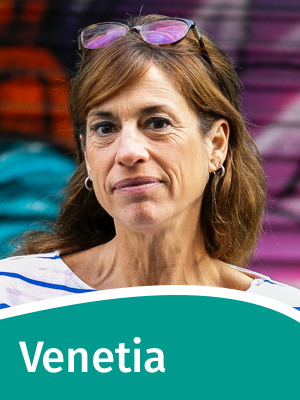 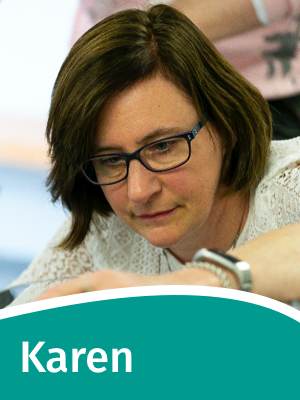 The I Am Lung Cancer campaign was launched to challenge negative stereotypes and perceptions around lung cancer and increase awareness of its early signs and symptoms.

Shocking new research has been released to mark the beginning of International Lung Cancer Awareness Month, which reveals;

Our I Am Lung Cancer campaign, aims to challenge these negative perceptions around the disease and to humanise the disease by showcasing the range of people it affects. Learn about our ambassadors who have been affected by lung cancer. 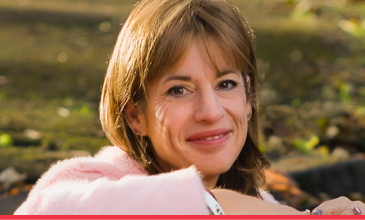 Venetia who lost her husband Martin to lung cancer earlier this year, speaks about how stigma and judgement can feel. 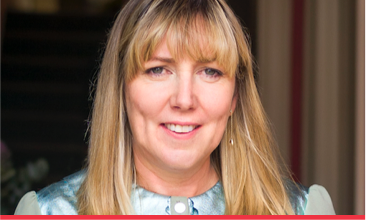 Catherine’s mum, Kathleen, passed away from lung cancer at the age of 81, having never smoked a day in her life. Kathleen was always well, so her death was a shock to her family. 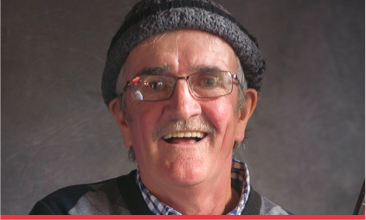 Michael gave up cigarettes about two and a half years before he developed a wheeze. He knew after two weeks that it was something serious. 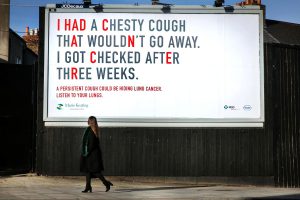 To coincide with International Lung Cancer Awareness Month, the Marie Keating Foundation has launched a ‘Listen To Your Lungs’ awareness campaign to alert people in Ireland about the risk of lung cancer if they have a persistent cough for more than three weeks. Approximately 2,300 Irish people are diagnosed with lung cancer every year. It is the fourth most common cancer in Ireland, after prostate, breast and colorectal, however more people die from lung cancer in Ireland than any other type of cancer.

To help combat the high levels of lung cancer in Ireland, the Marie Keating Foundation is launching a new ‘Listen To Your Lungs’ campaign which will include a radio advertisement, a video, updated website content, an outdoor advertising campaign and social media promotion of the key campaign messages. An innovative feature of the outdoor advertising campaign is a ‘coughing’ bill-board located at Macken Street in Dublin which should grab the attention of passers-by as they hear a coughing sound. This repeated coughing sound in combination with the poster image highlights in a novel way the message that a persistent cough could be a sign of lung cancer.

The Listen To Your Lung Campaign will encourage people to visit their Doctor if they have been suffering from a cough for three or more weeks, especially if this is combined with other symptoms such as breathlessness, fatigue or ongoing chest infections. The campaign also features an awareness video and radio ad with lung cancer survivor, Tony Walsh, which can be viewed on www.mariekeating.ie/lungcancer.

Tony Walsh was diagnosed with Lung Cancer in December, 2014, after he presented  to his Doctor with a persistent cough and chest infection. Tony Walsh, Lung Cancer survivor, said: “I am one of the lucky ones, I have come out the other side. I’ve had intensive treatment and my right lung was removed. It has been a long road to recovery and it could have been a very different story. I know how scary it is going to Doctor with these concerns, especially if you are a smoker. You never want to hear those words. But early detection is crucial and it could save your life. My lung cancer was caught early because I listened to my lungs.”

Dr. Anne Marie Baird, lung cancer researcher and patient advocate at St James Hospital and at Trinity College Dublin, says  “I am delighted to see a campaign being launched in Ireland 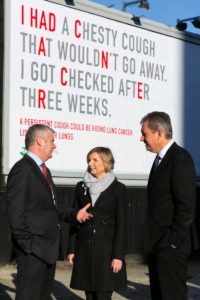 during International Lung Cancer Awareness Month. Lung cancer incidence, survival and mortality rates are alarming in Ireland with more people dying from lung cancer every year than any other cancer type. The aim of this campaign is to educate people about a persistent cough and other symptoms associated with lung cancer, therefore encouraging people to get checked and hopefully detecting lung cancer at an earlier stage.”

Liz Yeates, CEO at the Marie Keating Foundations, said: “This is the first time the Marie Keating Foundation has hosted a multi-faceted awareness campaign about lung cancer, which is the biggest cancer killer worldwide, causing more deaths than breast and prostate cancer put together all over the world. This campaign will increase people’s awareness in Ireland of the crucial early signs – which are all too often overlooked as something minor. We ignore a lot of things in life, a persistent cough shouldn’t be one of them. A cough of three weeks or more could be innocent but it could be a sign of lung cancer, so we urge people to get seen by your GP. Listen to your lungs.”

The ‘Listen To Your Lungs’ Lung Cancer Awareness  campaign was brought to you by the Marie Keating Foundation with the kind support of MSD and  Roche Products (Ireland) Limited.

Read a copy of our lung cancer information leaflet here