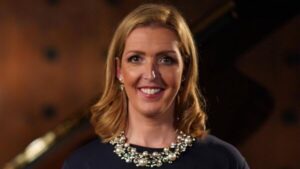 The Marie Keating Foundation is deeply saddened to learn of the death of Vicky Phelan.

“Vicky was one of a kind, a woman of enormous heart and courage who will be remembered by us all as someone who strived for better and was unrelenting in her pursuit of justice” Liz Yeates , CEO, Marie Keating Foundation.
The Marie Keating Foundation would like to extend its sympathies and heartfelt condolences to Vicky Phelan’s family especially her children Amelia and Darragh, her parents and friends.
Five years ago Vicky was told she only had a few months to live but defied the odds and dedicated so much of the time she had to her pursuit of justice.
Vicky has left an indelible mark on Irish society and her efforts on behalf of women to improve open disclosure and our screening system will live on her name.
Thank you Vicky, you will be sorely missed.
May she rest in Peace.
We use cookies on our website to give you the most relevant experience by remembering your preferences and repeat visits. By clicking “Allow all Cookies”, you consent to the use of ALL the cookies. However you may visit Cookie Settings to provide a controlled consent.
Cookie settingsUse only necessary cookiesAllow SelectionAllow all cookies
Privacy & Cookies Policy