The Marie Keating Foundation has welcomed a commitment from Health Minister, Simon Harris, that the Government will fund a new independent patient advocacy and support group, to assist those affected by the recent CervicalCheck controversy.

Stephan Teap, whose wife Irene died of cervical cancer last year after two misread smear tests and Vicky Phelan, whose court case brought the controversy into the public domain, called for the group to be established as a matter of urgency.

Marie Keating Foundation CEO, Liz Yeates, said “we very much welcome the news that the Minister and the Government are committed to funding this group for those affected. At the Foundation, we are dedicated to ensuring all of our services put the patient first and believe firmly that those affected directly and indirectly by this scandal, need to be supported in a number of ways.” 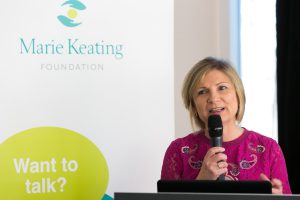 She continued “we have offered our services to Stephen, Irene, the other women and families affected by this controversy and to the Minister in relation to the establishment of this service. We firmly believe it is essential that the support is independent, confidential and comes from trusted patient groups. We hope that alongside the Irish Cancer Society and the Irish Patient’s Association, we can help in responding to the complex and varied needs of these affected women, their partners and families.”