The Mount Sion Choir featuring Ronan Keating, is releasing their version of the single ‘This is Your Song’, on March 5th, to raise vital funds for the Marie Keating Foundation’s national cancer support and survivorship services.

This performance of the song was recorded as part of the televised spectacular, Concert4Cancer, which aired in August last year and went on to raise more than half a million euro for cancer services.

‘This is Your Song’ was co-written by Ronan Keating and award-winning producer Steve Mac, following the death of Ronan’s mother Marie to breast cancer in 1998. Marie died at the very young age of just 51.  Ronan and his siblings were devastated at losing their mother and felt they had to do something to prevent other families going through what they went through. They set up the Marie Keating Foundation in her memory, to ensure that families around Ireland would have access to free information and support.

The Mount Sion Choir was set up eight years ago in Mount Sion CBS, a culturally diverse school where many students were innately gifted at music. Unfortunately, music was not available as a subject, so the students set up as a lunchtime club, which went on to become known as the Mount Sion Choir. Over the last number of years, the choir has gathered a dedicated following and has performed at some incredible locations and for some great causes. Rendition

Due to the pandemic, the choir’s planned trip to sing in Carnegie Hall, New York was cancelled. However, it did not take long for them to brush themselves off and look into their community to see where they could help and so got behind the Concert4Cancer.

The choir is hugely grateful to all the remarkable people they met along this phenomenal journey.

The proceeds from this single are being donated to help support the vital work of the Marie Keating Foundation in supporting cancer patients through the COVID-19 pandemic and beyond. 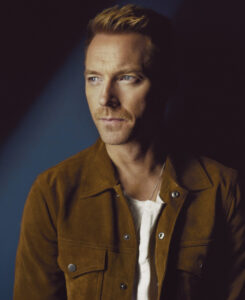 “This song means so much to me and is really a tribute to my Mam. She was our everything and we were devastated when she died. Her legacy is the work of the Marie Keating Foundation and the men and women it supports. The Choir’s performance of the song is beautiful, and it means so much that it is coming out for Mother’s Day. I was honoured to sing alongside the Mount Sion Choir who are an inspiring group of young people and outstanding singers. Recording the video and the track with them during COVID was challenging and I am very grateful to them and everyone who supported Concert4Cancer last summer” -  Ronan Keating 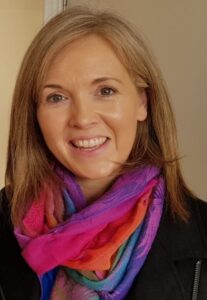 Choir Director Colette Kearney explains how the song came to be recorded “At a coffee morning hosted by cancer advocate and patient, John Wall, the choir offered to host a Facebook live concert in aid of the Marie Keating Foundation, a national cancer awareness and support charity. This coffee morning set in motion a remarkable series of events that eventually led to Concert4Cancer, a spectacular televised fundraising concert.  The choir were honoured to perform this duet with patron and co-founder of the Foundation, Ronan Keating. This collaboration transformed a dull summer into a time of magic and music. To add to the magic, Curraghmore Estate in the village of Portlaw provided the perfect location for the music video.” 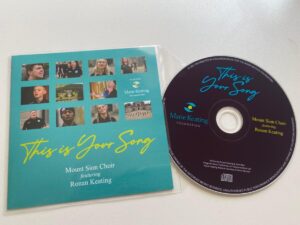 The single being released on March 5th ahead of Mother’s Day on March 14th and available for pre-sale from February 12th.

The single is available for pre-sale and sale on all major Music Platforms: Amazon, Tidal, Google Play, Apple iTunes, Spotify and other platforms worldwide