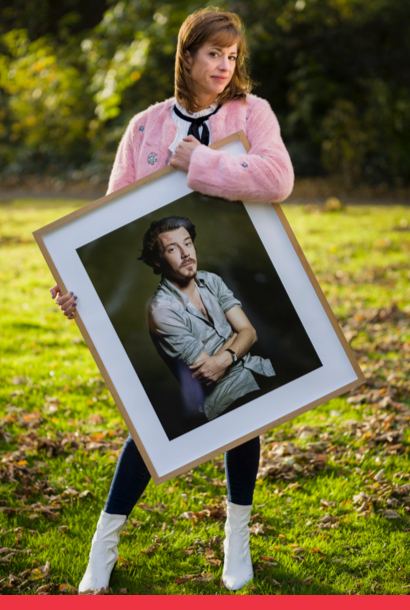 “When you tell somebody the lung cancer diagnosis, of course most people are devastated, and beyond upset... but there are always one or two whose face says it all...’If it wasn’t for those bloody fags’... That’s not helpful, whatever your lifestyle choice, nobody chooses cancer”

Venetia Quick’s husband Martin passed away at just 49 years of age, after bravely fighting lung cancer for five months. She remembers the time just before his diagnosis when she says Martin ‘knew something was wrong’. Rapid weight loss, fatigue and a cough were the first signs that something wasn’t right.

In the summer of 2017, after coming home from a family holiday, Martin went to see his GP and was referred to St Vincent’s for exploratory scans and tests. He was admitted and spent the next 5 weeks in hospital.

On the 4th of September, his doctor asked for Venetia to attend an appointment and they were given the news that Martin had been diagnosed with stage 3b lung cancer. Venetia describes the appointment as “a blur, it felt like you were in movie, like it wasn’t happening to us”. The doctor confirmed they could treat and manage the cancer but couldn’t cure it, as due to its location near the main artery it was inoperable.

Martin started chemotherapy and radiotherapy immediately, often getting quite sick with pneumonia. Venetia says “life just trundled on”, with school runs, work etc. Christmas was a “non-starter” as Martin was very tired and slept all the time.

On the 11th of February Venetia took her youngest son to start football training in the Herbert Park in Ballsbridge. She remembers almost going back home to get her son, thicker gloves as it was very cold but instead just gave him her ones. As they approached the park, an ambulance raced past and Casper remarked that it was going somewhere in a terrible hurry. Venetia bumped into a friend and only then looked down at her phone to find several missed calls. She says, “she just knew” and raced home immediately.

Sadly, Martin had collapsed at home and died instantly.

Speaking of her support for this campaign, Venetia says “if Martin had gone to get checked earlier we might have had more time together as a family, we might have had time to say goodbye and that is so important.  Being aware of the early signs and symptoms might give someone that time, don’t be scared to hear bad news, give yourself the best chance and go and see your doctor if you have concerns”