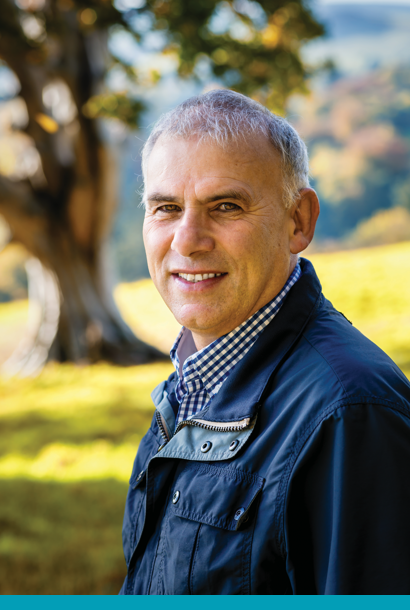 Former Irish rugby international Tony was diagnosed in 2012 with an aggressive form of prostate cancer. It had been six years since he had visited the GP. He had brachytherapy, followed by a course of external beam radiotherapy. He also had three years of hormone therapy, which he finished 12 months ago.

It was a tricky time in my life as I was going through a separation at the time so I guess I was ‘vulnerable emotionally’ when it all happened. It certainly didn’t help. It wasn’t a great time, but then there is never a good time to be diagnosed with any form of cancer.

There were little warning signs, such as going to the loo more often but I had assumed that was simply the ageing process at work. It was a big shock to the system; this isn’t because I am a sportsman, but I suppose we all feel we aren’t the ones that it happens to, that we are invincible. But after that I was very positive and I have stayed positive ever since.

I had the whole shebang in terms of treatment. I was very fortunate to be looked after by a great team in the Mater Hospital. The brachytherapy blows the tumour to smithereens, and prepares you for the radiation that follows.

For a man, going on hormone treatment is one of the hardest things. It was a bit of an ordeal as it removes your virility. But it was a no-brainer because of what it would do in terms of starving the tumour of testosterone.

Machoism is a huge fault with men, certainly in this country. Women are great – they will talk about problems and do something about them. Men don’t talk the talk and they certainly don’t walk the walk when it comes to anything health related. We are all very quick to put our car in for a service but we are very slow at doing the same for our bodies.

I am now very active in numerous cancer organisations, trying to get that simple message across to men.

Despite being a sportsman, I wasn’t really a gym bunny but now I organise my whole day around my couple of hours in the gym. I am still rehabilitating and that is all part of the process. Being a survivor gives you an enhanced appetite for life, and also an appreciation. I regard myself as lucky to have that.

My first grandchild arrived a few weeks ago and I cannot believe the impact that has had on my life. I am so smitten by her – I feel like life has begun all over again for me.