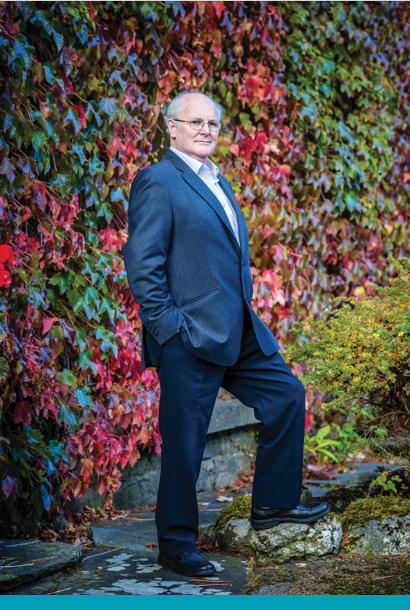 Kevin was diagnosed in August 2011 and had a radical prostatectomy that November. He had a bladder neck incision procedure in 2012 which cured his incontinence.

When I heard the diagnosis, it was the last thing I expected – I had never had any problems before. It was discovered by accident because I am a diabetic too. My bloods have been taken twice a year for the last ten years. My GP noticed my PSA was slowly creeping up. The biopsy was only supposed to be precautionary but that was that, I had cancer. My wife didn’t even come with me that day as I didn’t expect bad news.

I had my own buses, and I used to be out driving five or six days a week. I was back driving that February but I reduced it a lot, to just two or three days a week. Following the surgery I was doing very well – everyone was very pleased with me and my progress. I was going to the toilet a lot at night though and I had a procedure to help with that.

Now I feel quite good, and although I am retired I still do the odd bit of driving for other people.

Going to the cancer support centre was the best move I ever made. A mother of one of the kids I drove to school convinced me to go. I resisted but I finally gave in and went along. I thought I was in a bad way, then I met men who had it far worse than me and I realised I was blessed. It taught me to be grateful. The centre has improved the lives of so many people – it is a fantastic place.

I have four grandchildren so I am kept busy. I keep myself busy – I have all my firewood cut for the winter and enough for my two sons. I would do about two hours a day of that kind of work.

I would tell someone who has just been diagnosed to be positive, and take the advice of the medical experts. I always felt like I was in safe hands.