This page tells you about the stages of prostate cancer.

The stage (extent) of a cancer is one of the most important factors in choosing treatment options and predicting a man’s outlook. The stage of a cancer tells the doctor how far the cancer has spread. The tests and scans you have when diagnosing your cancer give some information about the stage.

T1 tumours are too small to be seen on scans or felt during examination of the prostate – they may have been discovered by needle biopsy, after finding a raised PSA level 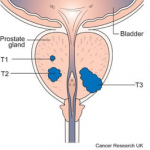 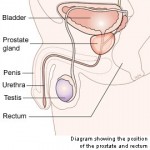 T4 tumours have spread into other body organs nearby, such as the rectum (back passage), bladder, muscles or the sides of the pelvic cavity

Stage T3 and T4 tumours are referred to as locally advanced prostate cancer.

Lymph nodes are described as being ‘positive’ if they contain cancer cells. If a lymph node has cancer cells inside it, it is usually bigger than normal. The more cancer cells it contains, the bigger it will be. 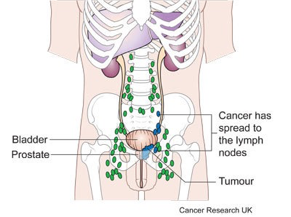 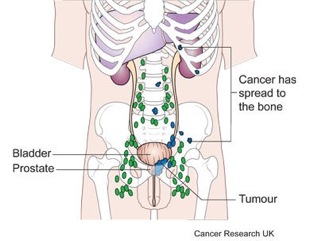 As well as using the TNM staging, doctors put prostate cancers into 3 groups.

It is sometimes possible to have metastases (cancer spread) present even when the prostate tumour is still very small. So even if the tumour appears to be very small, when a bone scan shows that there is cancer in the bones, the prostate cancer is M1 stage. It will be treated as metastatic cancer and can often be controlled for several years with treatment.

We hope you found this information useful. The Marie Keating Foundation offers all of our services for free. Help support people at every step of a cancer journey by making a donation today.