I Gave A S**t and It Saved My Life 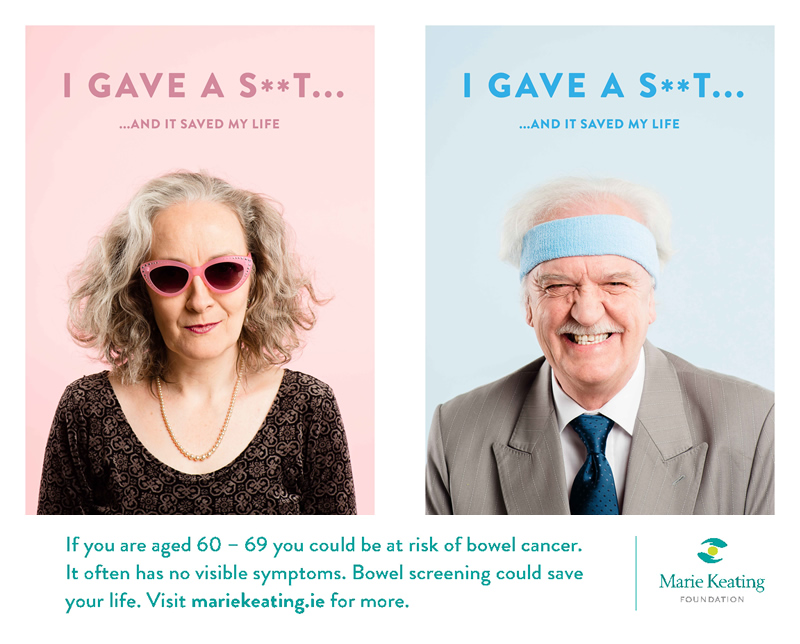 Bowel Cancer accounts for over 11% of all cancer deaths in Ireland each year. However it is widely accepted by the experts to be a very treatable disease, if detected early.

The evidence is that there is about a 90 per cent chance of living more than five years following diagnosis, if bowel cancer is detected at Stage 1 of the disease. Whilst there are 2,500 cases of bowel cancer diagnosed in Ireland each year, currently only 40.2% of the eligible people (60 to 69 year olds) take part in the Bowel Screening programme.

Paddy O’ Leary from Palmerstown, Dublin was diagnosed with Bowel Cancer in 2015 and is living proof that early detection is key to increasing your chances of survival.

“I am one of the lucky ones, I was absolutely blessed. I’ve had surgery and intensive treatment and more than two thirds of my colon were removed after doctors discovered 34 polyps on my colon. If I had not done the BowelScreen test, I may not be here to tell my story today,” Paddy said.

To help combat the growing levels of bowel cancer in Ireland, the Marie Keating Foundation’s Bowel Screening campaign will raise awareness about bowel cancer and also about the importance of early detection.

The core campaign tag line is ‘I gave a S**T………and it saved my life’. The more people who take part in BowelScreen, the fewer people who will be diagnosed with bowel cancer and who will die from the disease.

“As early detection is such a key focus for the Marie Keating Foundation, we are delighted to be highlighting the importance of Bowel Screening in this campaign in order to detect more cases of bowel cancer at the earliest stages and in order to save lives. Our message is simple: Take part in BowelScreen once you receive your invitation – you may have no symptoms but the test can detect this invisible disease and it could save your life,” Liz Yeates, CEO, Marie Keating Foundation.

Given the low uptake of BowelScreen, the campaign tries to remove the fear of the test. The reality is that BowelScreen can be done at home and it’s quick, easy and free and it could SAVE YOUR LIFE! As Paddy O’Leary says “Get it done – it’s no big deal. Only for BowelScreen I wouldn’t be here, it’s as simple as that.”

“I am delighted to see a campaign being launched in Ireland specifically related to bowel cancer and raising awareness of the importance of bowel screening. Bowel cancer is the 2nd most common cancer in men and 3rd most common in women in Ireland. Too many people are avoiding the BowelScreen test – whose primary objective is to reduce mortality from colorectal cancer – currently at 11% of all cancers – in addition to identifying and removing pre-cancerous adenomas in the lining of the bowel thereby making bowel cancer preventable.” Professor David Gallagher, Consultant Oncologist at St James Hospital, Dublin.

For further information on BowelScreen please refer to www.bowelscreen.ie or Freephone 1800 45 45 55 for a free bowel screening test.

Download a copy of our Bowel Cancer - What You Should Know leaflet here.

To read the full copy of our Bowel Cancer - From Diagnosis to Recovery booklet, click here.

For advice on how to cope with an advanced bowel cancer diagnosis, click here

To see a short video about BowelScreen, click here.