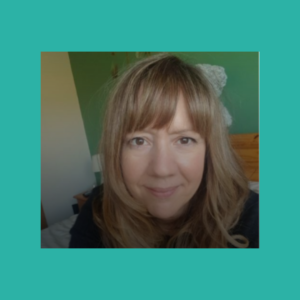 Rachel McKeon is one of the Co-Founders of the charity OvaCare which provides support and advocacy for women diagnosed with ovarian cancer. She is a mother, a wife, a niece and a friend who is currently living with an inherited gene mutation that could possibly increase her risk of developing cancer during her lifetime.

“I always said I wouldn’t get genetically tested unless I was prepared to take action as a result” Rachel explains. “I knew personally that I would struggle to live with the knowledge if I found out I had the BRCA mutation, plus at the time I was in my 20’s, I hadn’t had children yet and as far as I knew it was only my mum that had been diagnosed with ovarian cancer.  My aunt had previously had breast cancer in her 40s but had survived that and passed away 35 years later from a different cancer, so I didn’t see the link.”

But things changed for Rachel three years ago.  Rachel’s cousin was diagnosed with breast cancer which made the reality of a cancer diagnosis for someone in her generation all the more real.  In 2018, Rachel experienced a pain in her left breast and as a result she had a mammogram.  When her consultant asked her about her family history, he informed her that based on her history there was a 50% chance she could have the BRCA gene, she was floored.

“This was a complete shock to me as I didn’t realise the percentage was that high. I spoke to my family who were all part of the genetic screening programme in the UK and now had further information which was that my aunt had the foresight to leave behind a blood sample which they tested and found the BRCA1 mutation. My cousin Helen also tested positive for the BRCA1 mutation.”

This new information was too much for Rachel to ignore. The BRCA1 gene was in her family and there was a 50/50 chance she had the gene that had most likely caused her mother’s, aunt’s and cousin’s cancer diagnoses.

Rachel was also in her 40s, the age at which it seemed the other women in her family developed cancer.  With all of these factors and the breast twinge that Rachel believes was a sign from her mother and aunt, she was tested and confirmed to have a BRCA1 gene mutation.

“I now felt like a ticking bomb and was dreading the MRI as I went back and forth working out surgery options – so it confirmed to me that I was right, and I wouldn’t have been able to live easily knowing I had the BRCA mutation without taking action”

In September 2018, Rachel had an oophorectomy and from a physical point of view, recovered fairly quickly. Thankful, Rachel had never been diagnosed with cancer and so didn’t have to face into the daunting process of receiving treatment before or after surgery. However, she did have to come to terms with the fact that she would now not be able to have any more children.  She also had to deal with the impact of being plunged into a medically induced menopause overnight.

“Everyone is different, but I found the fog and anxiety that descends, utterly debilitating for the following months. Crying without knowing why or even realising I was crying. It was awful. But luckily I knew how to surround myself with the right support team of medical and holistic support, and my God did I need it, just to be able to function each day.”

Next was the mastectomy which was scheduled for March of 2019.

“There are so many types of surgery options, at first I found it overwhelming.  Thankfully I had fantastic consultants and my experience was that we really have amazing skilled surgeons in Ireland that can carry out these specialised surgeries.”

Faced with an incredibly difficult path, Rachel has not only come through her own preventative surgeries, but has been able to share her support and experience with others on a similar path through the Marie Keating Foundation’s Online BRCA Support Meetings and annual BRCA Conference.

Rachel has been incredibly fortunate that she has her amazing family and daughter Maya to give her the strength to face a life lived with BRCA.  If you are on a BRCA journey and are in need of support, join our community of people who understand and visit www.mariekeating.ie for a full list of free services you can avail of.