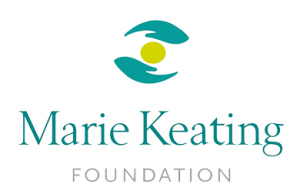 The 2018 Marks & Spencer Ireland Marie Keating Foundation Celebrity Golf Classic took place on the Palmer Course at the K Club today, which is considered one of Europe’s finest championship courses. Now in its 20th year, the highly-anticipated flagship event has become recognised as one of the most prestigious Irish charity golf tournaments. A host of celebrities from the world of sports and entertainment descended on the beautiful surrounds of the K Club to enjoy a day of golf followed by a gala dinner, prize giving ceremony and entertainment.

Proudly supported by Marks & Spencer Ireland, this esteemed annual event raises vital funds for the Foundation’s cancer awareness programmes and support services for men and women. The Marie Keating Foundation’s nursing team and Mobile Information Units visit over 23,000 people a year to talk about cancer prevention and early detection, while the Foundation’s Comfort Fund provides financial assistance to families who are struggling financially as a result of cancer. The funds from this year’s event will be designated to support the Marie Keating Foundation’s mobile outreach service supporting 7 nurses on 3 mobile units who are bringing the vital cancer prevention and early detection message to communities throughout the country.

As a son of Marie Keating and Patron of the Foundation, Ronan Keating hosts this spectacular event every year at which teams of three golfers are joined by a celebrity teammate. This year saw over 32 teams participate and enthusiastic guests got the opportunity to play with an array of high profile international celebrities and sporting legends including, Stan Boardman, Chris Hollins, Ruby Walsh, Brian Ormond, Laurence Kinlan and Steve Staunton.

Speaking at the exclusive event, Ronan Keating commented “I’m delighted to back for this year’s golf classic at the K Club. It is such a big year for the Marie Keating Foundation as we celebrate 20 years and this event remains one of the most exciting events in the calendar. The funds raised go directly back into services and allow the Foundation to continue to provide free lifesaving cancer awareness and support services across the country. It’s brilliant, once again, to see the support we receive from so many, from the worlds of sport and entertainment, as well as sponsors and people taking teams. We are, as always, so grateful. Our main sponsor Marks & Spencer have been with us all the way, so I would like to say a particularly big thank you to them for their continued support.”

Also speaking at the event, Carmel Breheny, Marketing & PR Manager for Marks & Spencer Ireland said “Marks & Spencer Ireland is honoured to support the Marie Keating Foundation which provides vital support to patients, their families and friends at times when they need it most. We have been proudly supporting the charity for over 15 years and I’m thrilled to announce we have raised over €2 million for the Foundation to date.”